Part 3 - How Can I Make Better Decisions Using Intuition? 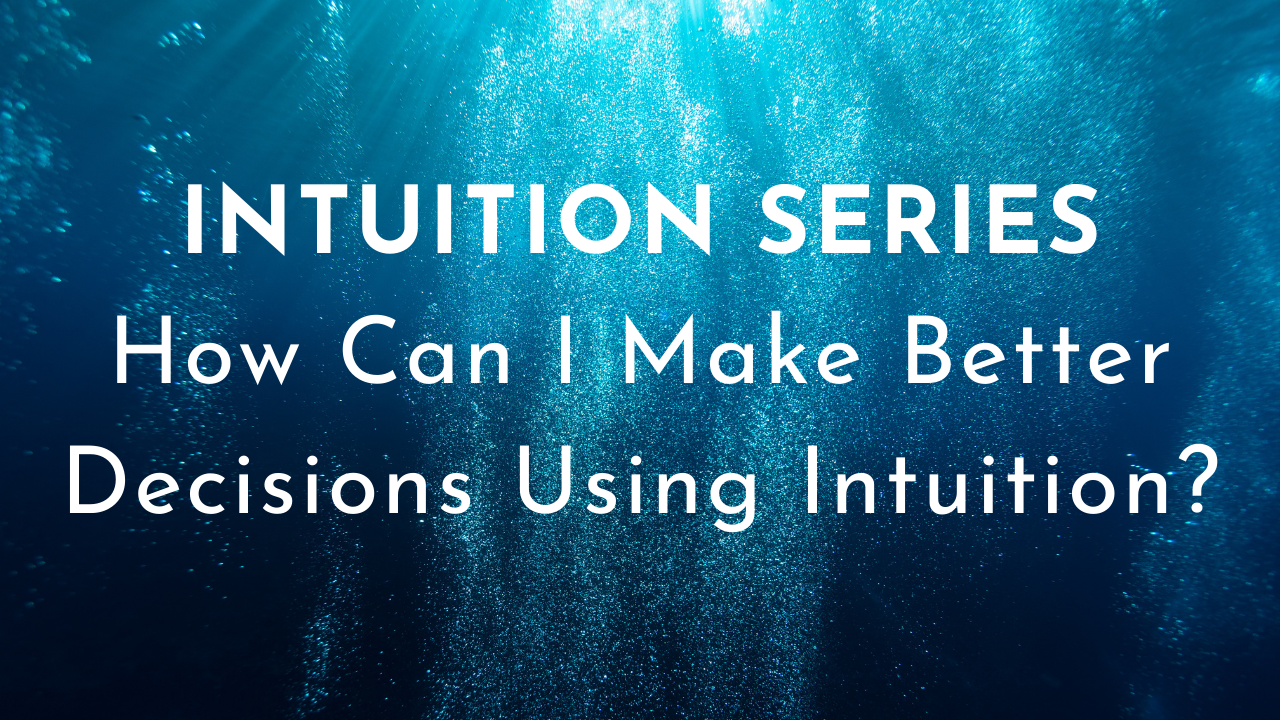 In my previous article I explored what we know (and don’t know) about what intuition is (and isn’t).

Through the course of this series, I’ll be sticking with the definition of intuition as a process of rapidly recognizing things without knowing how we do the recognizing, which results in affectively charged judgments.

In this article, I’ll talk about how you can practice sensing-based business by accessing your intuition for important decisions.

In its essence, the way you access the knowing related to intuition is about receiving.

The modes of how we receive knowledge through intuition can arrive through various channels. We may register it as a thought, a feeling or through any of our five senses (more on how these sensations might present are here).

What The Fire Revealed About Intuition 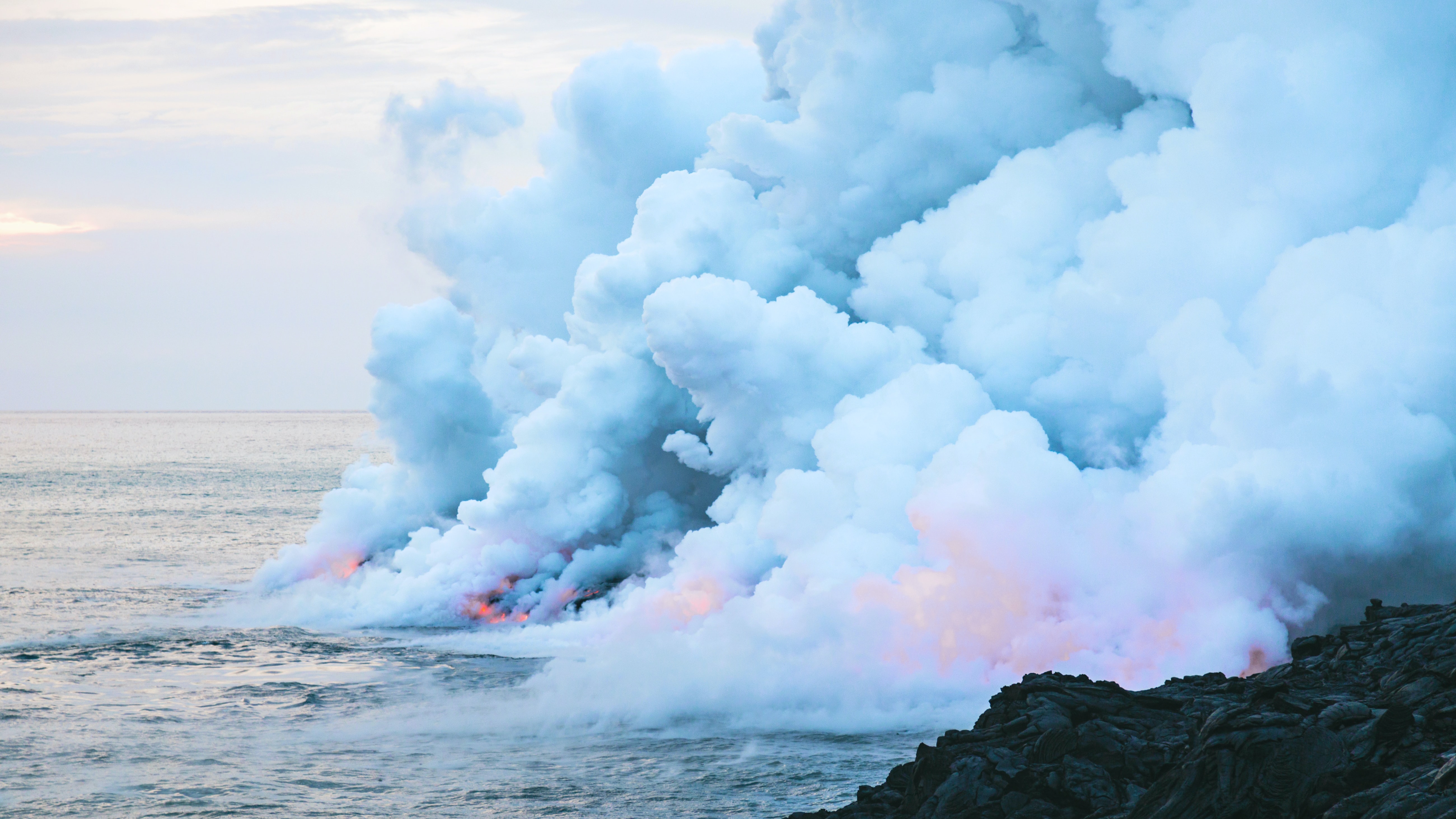 In his book Sources of Power, Gary Klein's research on intuition relays the notion of a ‘sixth sense’ that was presented in a breakthrough interview with a fire brigade commander. In the interview, the interviewee believed his ESP or extrasensory perception saved the day for him and his team. Here’s his story as reported by Bill Breen at Fast Company:

He and his crew encounter a fire at the back of a house. The commander leads his hose team into the building. Standing in the living room, they blast water onto the smoke and flames that appear to be consuming the kitchen. But the fire roars back and continues to burn.

The commander is baffled by the fire’s persistence. His men douse the fire again, and the flames briefly subside. But then they flare up again with even greater intensity. The firefighters retreat a few steps to regroup. And then the commander is gripped by an uneasy feeling.

His intuition (he calls it a “sixth sense”) tells him they should get out of the house. So he orders everyone to leave. Just as the crew reaches the street, the living-room floor caves in. Had they still been inside the house, the men would have plunged into a blazing basement.

After many more interviews with veteran firefighters, Klein developed a radically different understanding of how intuition might work. Klein realized that the commander gave the order to evacuate because the fire’s behavior didn’t match his expectations. 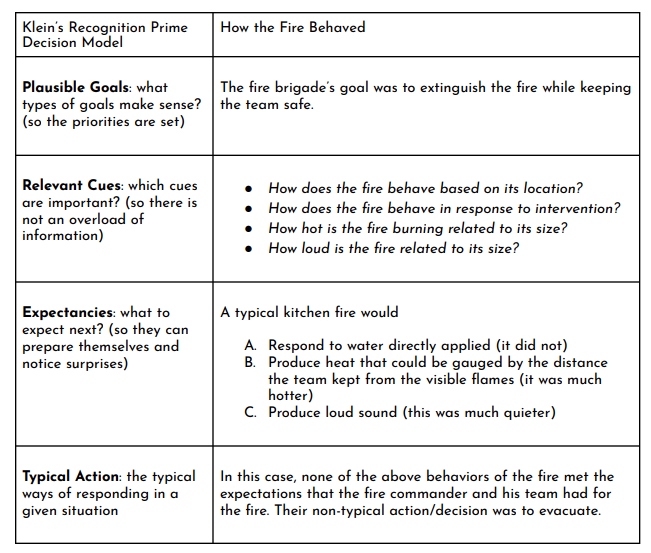 “This incident helped us understand that firefighters make decisions by recognizing when a typical situation is developing,” says Klein. “In this case, the events were not typical. The pattern of the fire didn’t fit with anything in the commander’s experience. That made him uneasy, so he ordered his men out of the building.”

How Does This Apply to Your Leadership Decisions?

Over time, as we accumulate a storehouse of experiences, we subconsciously categorize those experiences according to how we ‘should’ typically react to them.

We create hundreds of mental catalogs for ‘typical’ experiences that call for typical types of responses. Then we race through our memories in a hyperdrive search to find a prototypical experience that resembles the one that we are confronting.

As soon as we recognize the right match, we swing into action.

This sort of cataloging creates amazing efficiencies in our thought processes. But they also over time mean we pay attention to the signals and cues, less and less. We dull our senses.

But what happens when we encounter decisions that are non-typical? Our senses get to come fully online. Decisions like…

These non-typical scenarios are places where your intuitive sensing thrives and is willing and able to serve you (if you will let it). 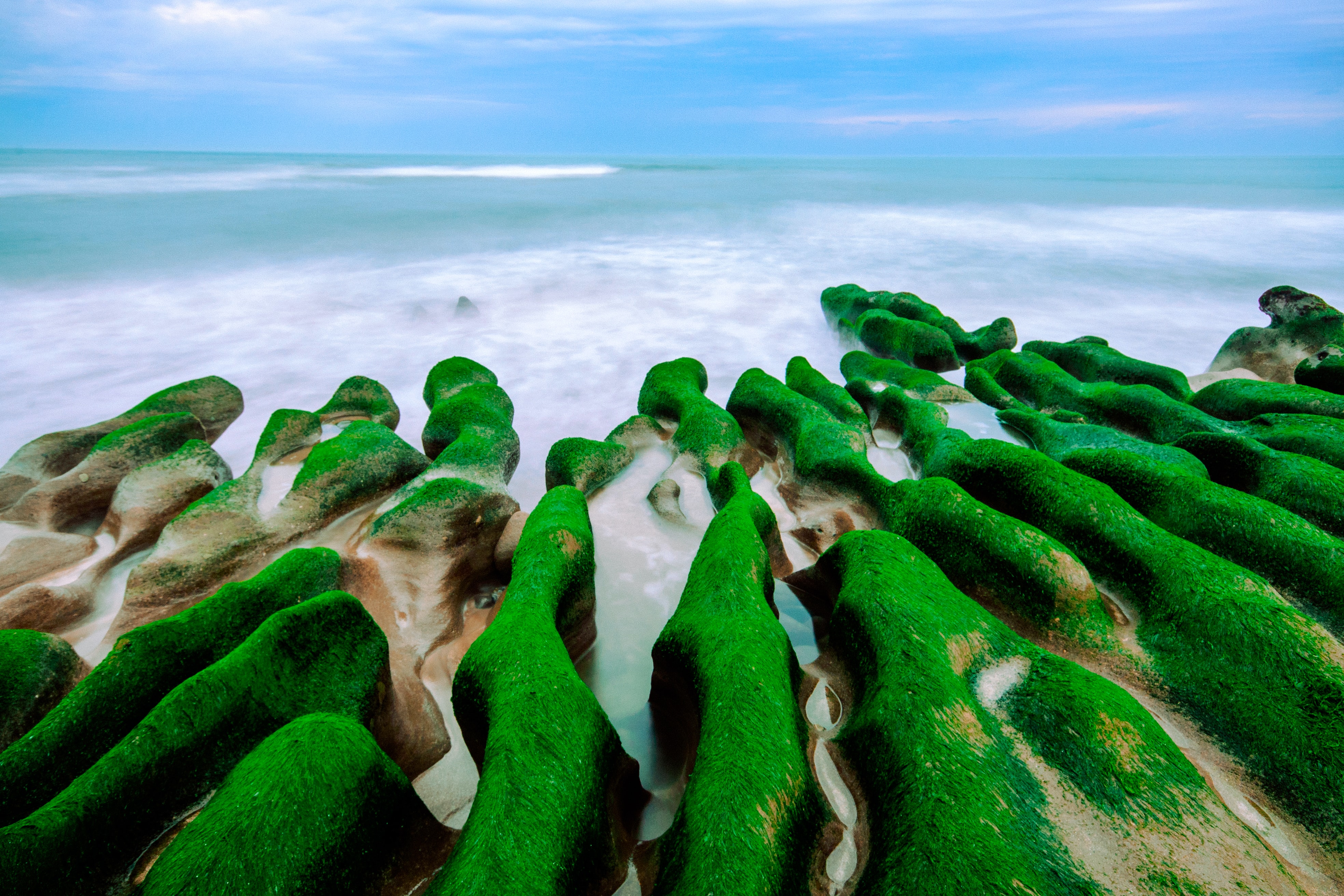 We talk a lot about power with our clients at Wayfinding. Because many of us associate power as a ‘negative’ term, most organizations steer clear of the term and replace it with words like ‘influence’ or ‘politics’.

One source of power that our clients draw on is their mastery power (i.e., skills, abilities, knowhow).

Conventionally, abilities like deductive logical thinking, analysis of probabilities, and statistical methods are celebrated in organizations when it comes to making decisions. To see these skills as relevant requires us to make BIG assumptions about the knowable nature of an organization.

What if our organizations were also vast, unknowable worlds? 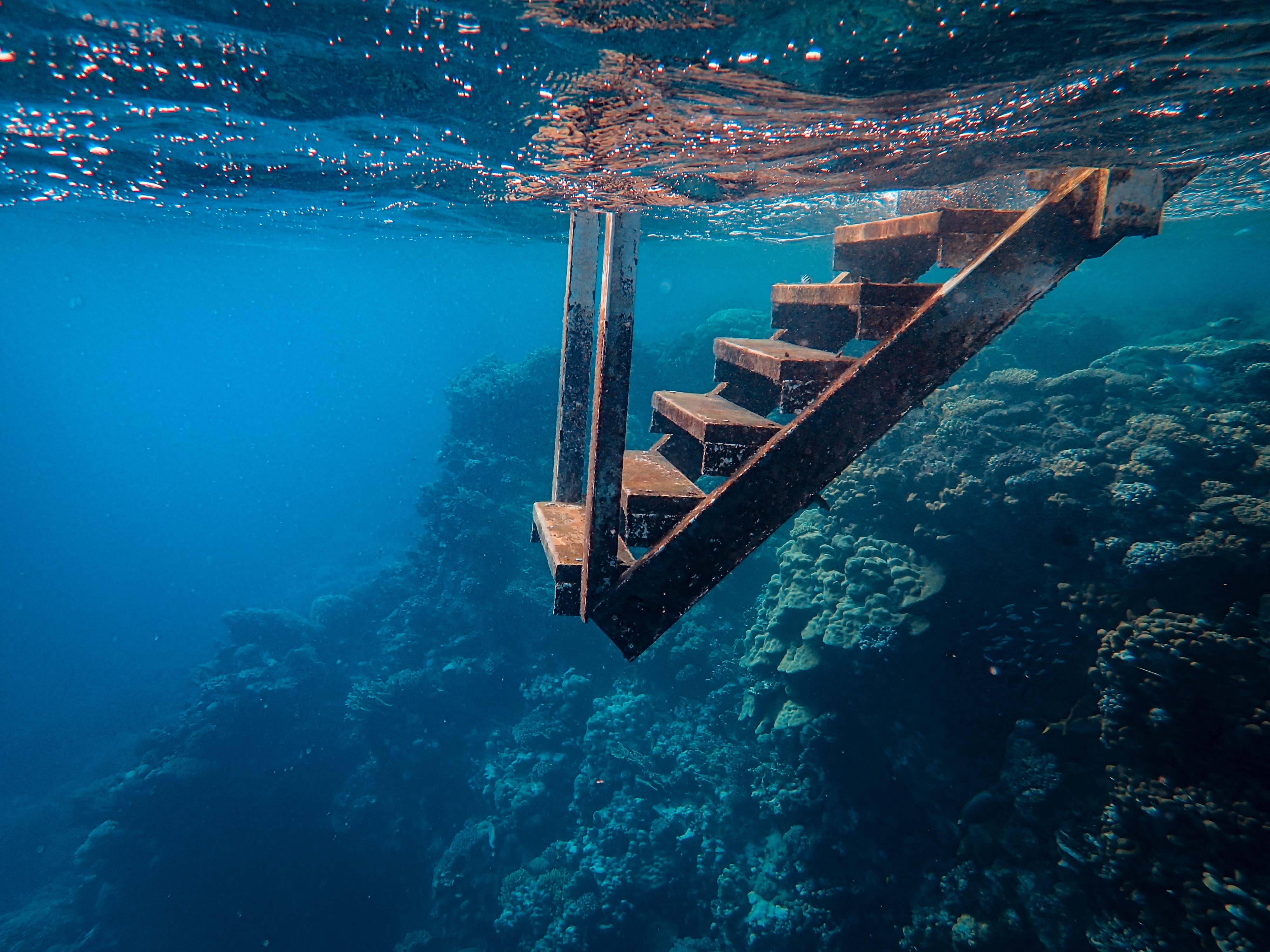 In that case, intuition (or our "gut feel") will be called on to make decisions that are not analytical at all. And beyond intuition, abilities like mental simulation, metaphor, and storytelling become much more relevant tools for navigating the unknown.

We have all "talked through" a scenario with a friend before. Our ability to imagine and simulate a course of action allows us with lower-risk to explore unknown possibilities. Metaphor allows us to draw on experiences that are not the same but parallel or adjacent to the situation. And storytelling helps us make our experiences and intuitions available to ourselves and others.

“The Wayfinder must process an endless flow of data, intuitions, and insights derived from observation and the dynamic rhythms and interactions of wind, waves, clouds, stars, sun, moon, the flight of birds, a bed of kelp, the glow of phosphorescence on a shallow reef — in short, the constantly changing world of weather and the sea ”

Many people today who make their living off the land and sea, like farmers and fishermen, are having to confront the changing nature of the climate. This reality is making it harder for tried and true methods of harvesting to deliver necessary returns.

The same can be said for the journey leaders are navigating right now in your organizations.

Mau Piailug is a master Wayfinder from Micronesia. He learned not only to sail but also to understand the secrets of the Big Water. Much like the vast uncertain inner and outer landscapes our organizations face today, he understood both the physics and metaphysics of waves. It was said he could conjure islands out of the sea just by holding a vision of them in his imagination.

This is the task before us when it comes to bringing our intuition into play at work. What are the previously unimagined possibilities that we must conjure up?

There is a Dance Between The Intuitive and the Rational 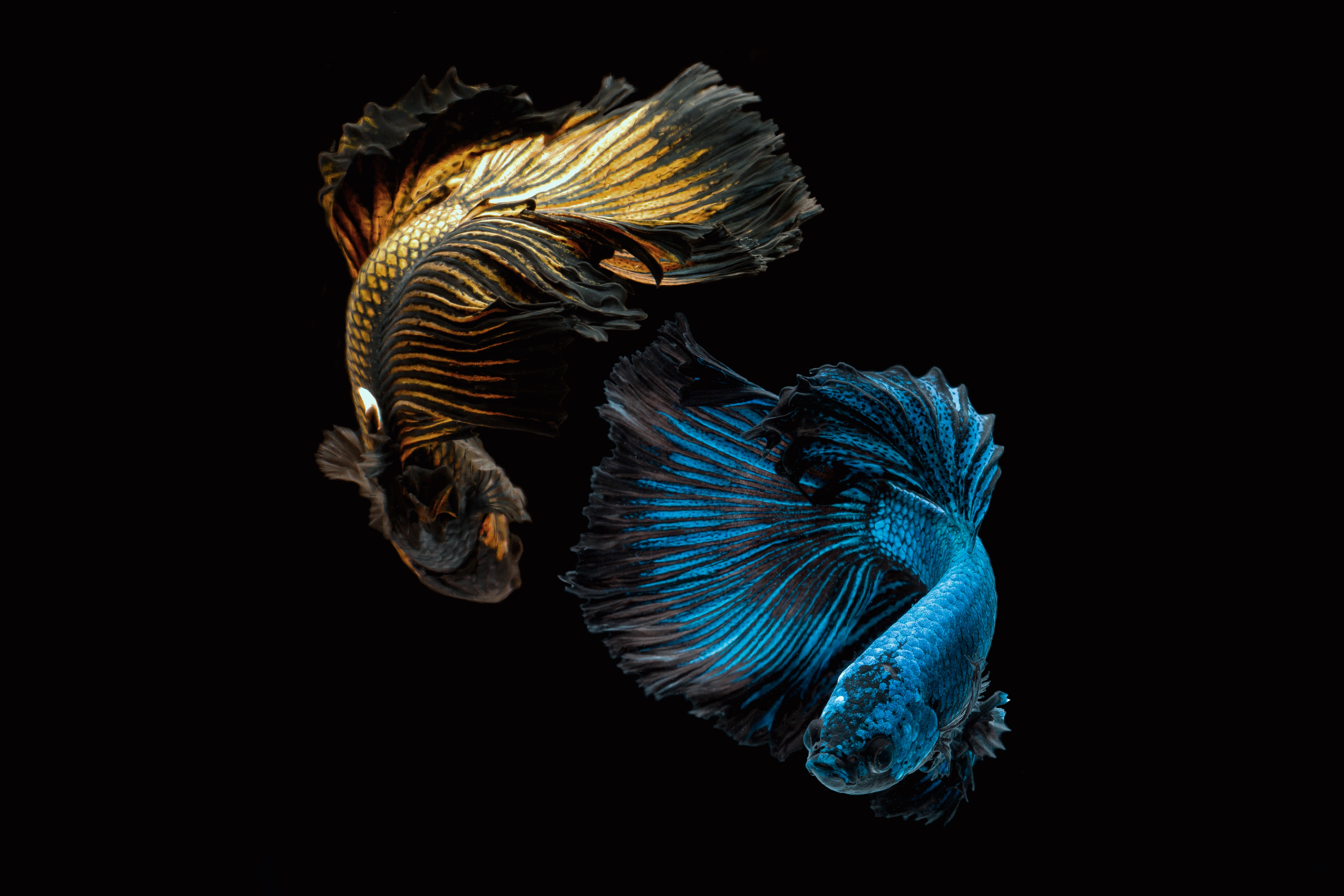 While we know that intuition assumes the absence of any awareness of the process used to reach the decision, the leaders I spoke with were still at least generally aware of the presence of intuition when it was a part of their processes.

Leaders could recognize starting in one system (rational) and then transitioning to the other (intuitive). Generally, the person describes some affectively charged sense, and then they do their best to seek data to validate or invalidate this felt sense.

"My intuition emerges in emotion first. I will be paying attention to the data and I will be going along and start to feel uncomfortable. I wait too long to pay attention to my intuition. This sense is based on something pieced together, it’s based on data that I’m observing, my body or my non-conscious mind is making sense of it."

"There wasn't a lot of data, it was instinct. There were no data points that clearly said this was the right thing to do. We had a whole bunch of signals and stuff we had been seeing over the last year. They didn’t form any analysis, but they lent credence that there would be a there-there."

"What came first? The feeling came first, then we found the data points – when the idea came forward, I said, ‘yea we should do it,’ then we should do it because of this, this, and this reason. The idea came, it felt right, then the logic came next."

These interviews revealed the reality of what “data-driven decision making” actually looks like in organizations. Many organizations pride themselves on being one that only makes decisions based on data. The shadow side of this value is that sometimes there isn’t data to back up a path that was intuitively arrived at.

Absent of having language that’s acceptable to talk about intuitive ways of knowing, most leaders end up asking teams to find data to back up a certain path.

This is a far cry from the ideal state we would want to see in a sensing-based business.

Try This: Practice Seeing the Invisible

One way to practice finding the spaces where our intuition may be its most potent is to notice where we are really good at noticing patterns playing out in our environments or through simulations in our mind's eye (i.e., imagination)

This combination of skills is often practiced by those with mastery within a certain arena. These ‘experts’ see the world differently. They recognize things the rest of us cannot, even when what they see seems obvious to them.

If you ever have seen actress Anya Taylor-Joy in her role as Beth Harmon in The Queen's Gambit, this is exactly the type of ‘imagination play’ I am talking about. In multiple scenes, she imagines a chessboard and runs through many different scenarios to find the right perfect move.

In what arena do you have relevant mastery? If an answer doesn’t immediately come to mind, look at the below list. Each of these are indicators that, if you notice them, indicate you might be able to see things that are invisible to others.

Did an arena of mastery come to mind?

For me, I’ve become an expert at detecting the moods of my two dogs, Luna and Lucy. I also know that I’m a pretty discerning listener, I can usually tell dynamics playing out in a group that others cannot. Lastly, I’m pretty good at telling the finer differences between a good and a not-so-good xiao long bao (or soup dumpling).

All of us have various domains of mastery and expertise. Some are just for fun and frivolous, and others can be infinitely practical. The question is, in any of these areas, do you give yourself permission to access your intuition when making decisions within these domains?

If you’ve enjoyed this, be sure to check out other parts of the series coming soon:

If you’d like to explore more ways you can bring your sensing into your life and work consider joining our Vital Leadership program kicking off February 2022. Schedule time to talk with Nick for 30m here to learn more.

I WANT TO LEARN MORE ABOUT MY POWER

Do you have curiosities about Power, Ceremony, and Wisdom-based Leadership?

Sign up for insights about wisdom-based leadership and systems healing at work.